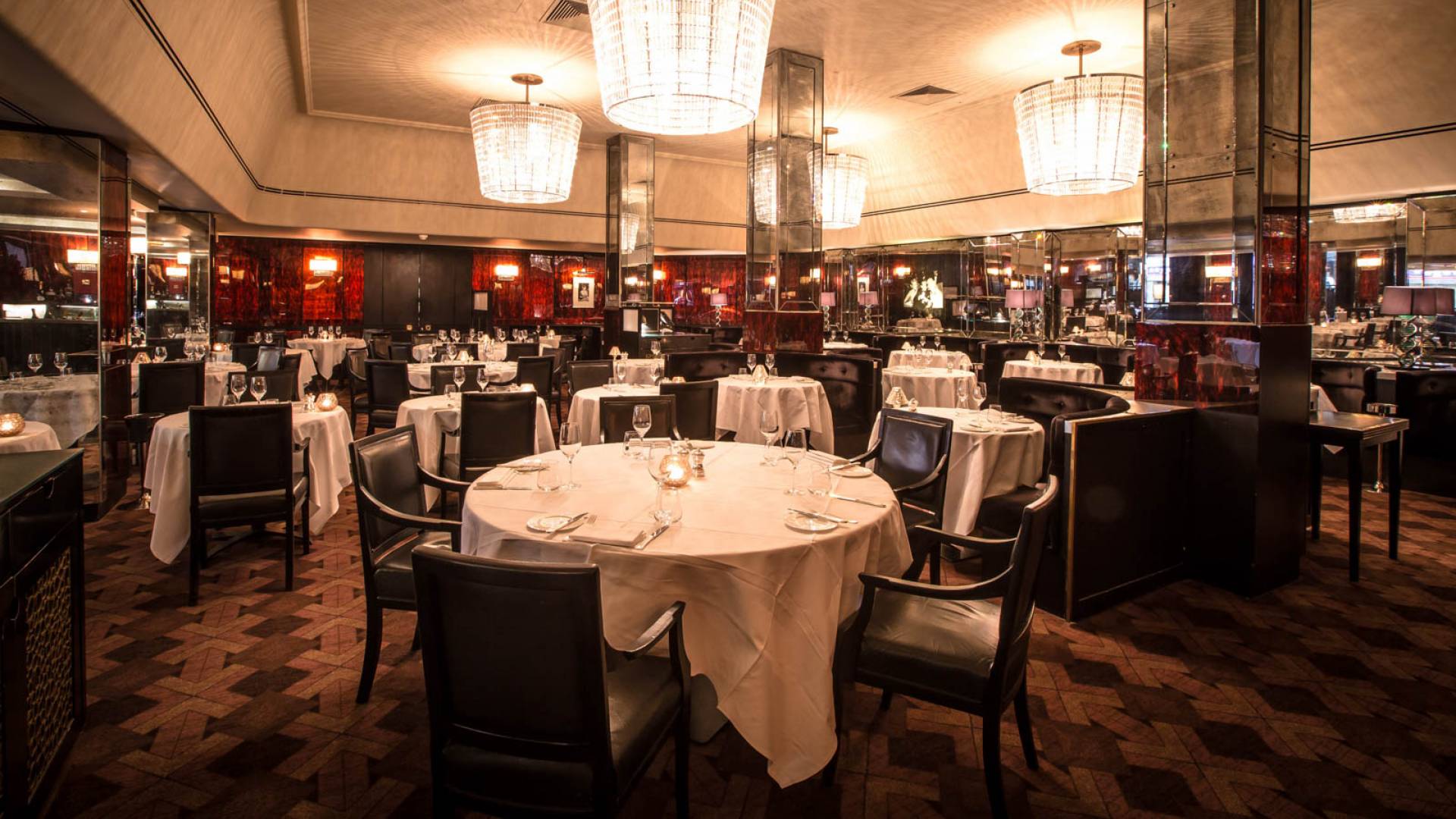 Winston Churchill cutting a Cuban,  James Dean cutting a dash, and Marilyn Monroe cutting a steak. Home to hundreds of years of Hollywood and history, the Savoy Grill restaurant has seen some of the world’s most famous faces pass through its gilded doors within the legendary Savoy Hotel. Savoy Grill by Gordon Ramsay is the very definition of ‘gourmet glamour.’

Restored to its former glory at the same time as the hotel underwent a £220-million refit, the Savoy Grill is decked with shimmering chandeliers, polished wood, burnished mirrors and white-clothed tables. Choose from an array of classic dishes on the menu, including Gordon’s signature Beef Wellington for two and crêpes suzette, flambéed at the table for a little bit of dining drama.

True to our name, grills from the wood-fired charcoal are another feature on the menu not to be missed, from a hearty 400g sirloin on the bone to a Côte de Boeuf to share. If fish and seafood are your thing, then enjoy a fantastic showcase of British produce with lobster Thermidor, Scottish langoustines, roasted Orkney scallops or grilled Dover sole to choose from. During lunch, try the daily special from the iconic restaurant trolley, wheeled out to your table as you dine. Perhaps salt-baked leg of lamb, roast suckling pig, salmon coulibiac or a traditional rib of beef with Yorkshire pudding on Sundays.

London, the capital of England and the United Kingdom, is a 21st-century city with history stretching back to Roman times. At its centre stand the imposing Houses of Parliament, the iconic ‘Big Ben’ clock tower and Westminster Abbey, site of British monarch coronations. Across the Thames River, the London Eye observation wheel provides panoramic views of the South Bank cultural complex, and the entire city.